This is an edit of a post from 2012. With all the political correctness going on and people not wanting their feelings hurt by being told they are wrong, I thought I would update and share.

A well-to-do family hired a maid to keep the house and laundry clean. All the first day the new maid wore her hat, the family thought that in the excitement of a new job and wanting to get right to work she had simply forgotten to take off her hat. This habit of keeping her hat on continued into the following week. Curiosity finally overcame the lady of the house and she asked the maid why she always wore her hat when she worked. “Well,” replied the maid, “I want to be ready to quit any time you say something that hurts my feelings.”

The story is ridiculous, the maid needs some help. This easily applies to our whiny culture that does not like being told, “no.” But I am not really going there. That would be too easy. 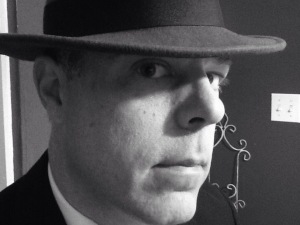 I wonder, “How many Christians still keep their hats on?” How many of us wear our feelings on our shoulders waiting for an excuse to leave the church? Just this week, I talked with people who no longer attend a certain church, because someone questioned what they said, wore, did , or did not do. Yes, what was said may have been offensive and out of line, but we should not let people get in the way of our relationship to God.

I wonder what hope we would have if Jesus had quit because His feelings were hurt? People mocked Him, taunted Him, doubted Him, accused Him, slapped Him, spit in His face, called His teachings into question, and so on. Yet He persisted in the mission before Him enduring the shame and suffering (Heb 12:2ff).

When many quit following Jesus because what He said offended them, he turned to the disciples and asked, “Will you go away also?” Peter answered, “Lord, to whom will we go? You have the words of life.” (Jn 6:67-68).

Where could we go if we leave Christ?

Where else is there salvation?

What is more important to me? – My feelings or my soul?

Are you still wearing your hat? Take it off and get to work!